for everyone in need of more after Easter 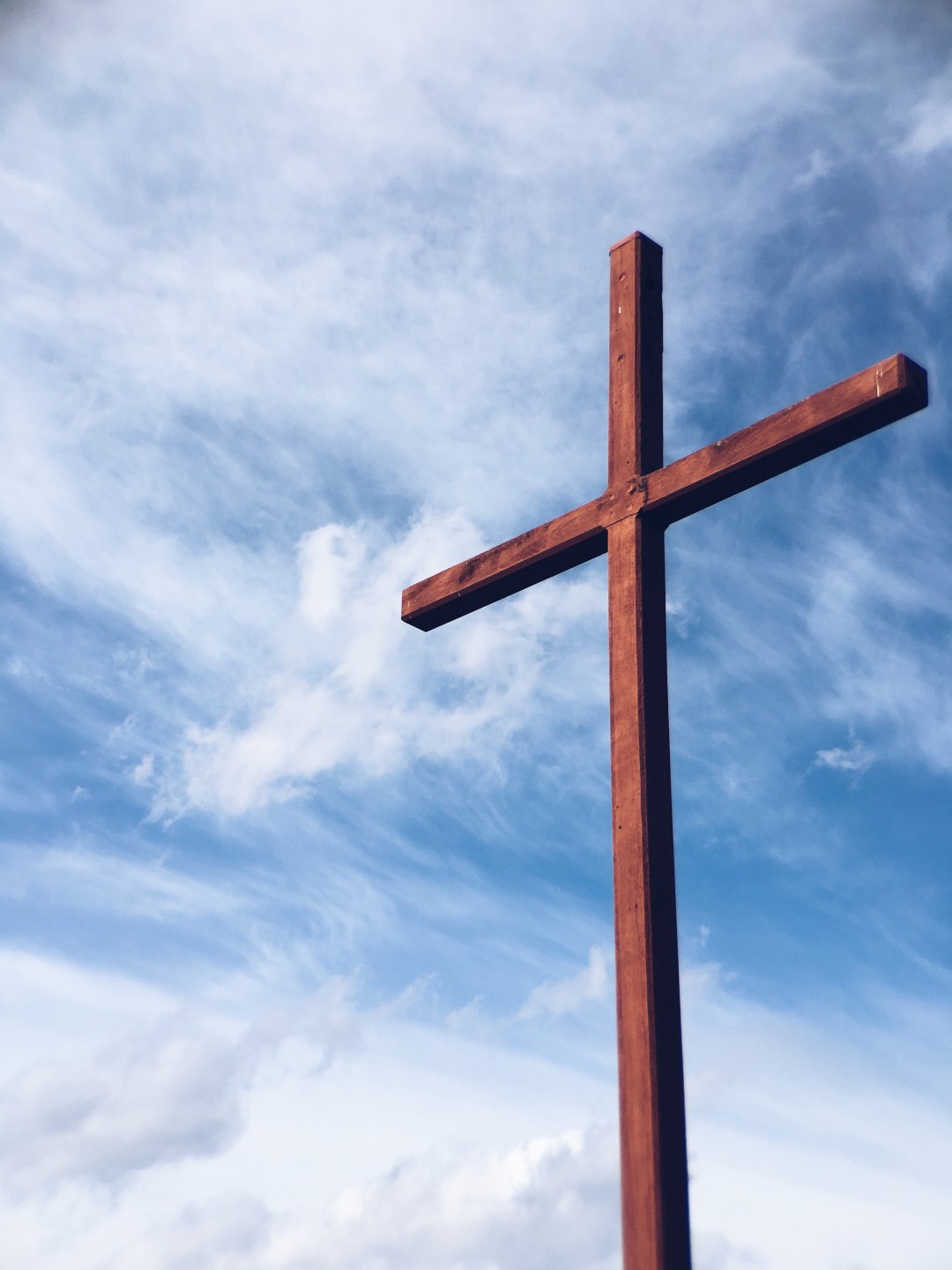 On the Monday after Easter, I often find myself crashing down from a weekend filled with hope and joy over the Resurrection. The mundane seems to set in and the beautiful songs sung on Sunday have now muddled their way back to the hymnal. My mind seems to find it hard to remember even one day later what great Truth is wrapped up in Easter.

Now, don’t get me wrong, I try often to focus on Truth, but to be honest, outside of Easter, I am not sure I meditate on the wonder of the Resurrection nearly enough. Yes, I know it, but how often in my day to day concerns, do I take the time to remember the power behind the empty tomb?

This weekend was a bit different than most though. I found myself clinging to the cross and forcing myself to remember. In a world full of darkness, this one thing was all I really wanted to think about.

Not the terror and sadness and hopelessness that seemed to cloak our world, but rather some honest to goodness Truth.

That Jesus still lives today. That God is still in the business of miracles. The victory was won once and for all on Calvary. And, yes, the enemy was defeated. Forever.

Forever. Wow. That is something I could stand to focus on every single day.

As I trained my mind to think on just these truths, I realized that Jesus is wonderfully overwhelming.

And, as I thanked God for all of these Truths, I realized why all this was possible.

And, no, it is not just because the tomb was empty, which was by far one of the most gloriously overwhelming facts of His life, but rather the very nature of His character and better yet, to whom He belonged.

His humble beginnings made way for the man He was. The One we claim to love and follow. Yet time and time again we forget. We forget how He really lived. And, how He really died.

Nothing about the journey to the cross was selfish. He lived out the verse “value others above yourself” every day. His life was defined by His service to others. His heart’s intent was to completely give of Himself. Even to the point that He gave up His own life.

In a world full of ‘my,’ ‘me,’ and ‘I’, maybe we should stop only to look at the cross and focus on what it really means to follow Jesus.

Then he said to them all: “If anyone would come after me, he must deny himself and take up his cross daily and follow me.” {Mark 8:34}

Yes, selfishness is one of the greatest ways the enemy grabs hold of our hearts, yet when we consider Jesus, how could we ever want to be selfish?

We have no need to believe Jesus lived life thinking He was anything more than He was. A servant. A friend. A teacher. No pomp and circumstance for Him as He climbed that hill to Calvary. Just a long, hard road filled with pain and suffering.  When we stop and think about what Jesus truly deserved, how can we think we are entitled to anything?  Our very existence and hope is completely wrapped up in the life of the greatest King. And, the only king who lived to die.

In a day and time when everyone thinks they deserve more & better, maybe we should consider Jesus. What did He really deserve? Certainly not what He was given. What do we owe Him? I dare say more than we could ever repay. How hard did He work to climb the hill that led to His death? I am quite certain it must have been harder than anything I could ever face.

Humility was a great part of the ministry of Jesus. It is what drew people to Him. His self-worth was found only in to whom He belonged. The Father.

In a day and age where we live for our kids or we live for our work or we live for our possessions, what if we stopped to realize how Jesus must have felt? Jesus had no children of His own. He gave up His work to teach. The Bible tells us ‘he had nowhere to lay His head.’ No fancy house. No fine car. No portfolio. Just a man on a mission.

A mission that led Him up that rough road to Calvary. Laden with the sin of all the world. Overcome with fear and sorrow. Yet, obedient unto death. Dying so we might have eternal life.

Yes, Truth be known, the life of Jesus is overwhelming in such a beautiful way.

Jesus gave it all. And, because of Him there is always room for forgiveness.

I guess the question this Monday after Easter should be for all of us. Knowing all this, what will we do?

Are we willing to sacrifice for Him as He did for us? Can we lay aside selfishness, entitlement and pride as we seek to serve others more? Can we extend grace and forgiveness as He did? Can we be on His mission every day rather than our own?

Do nothing out of selfish ambition or vain conceit. Rather, in humility value others above yourselves, not looking to your own interests but each of you to the interests of the others. In your relationships with one another, have the same mindset as Christ Jesus:
Who, being in very nature God, did not consider equality with God something to be used to his own advantage; rather, he made himself nothing by taking the very nature of a servant, being made in human likeness. And being found in appearance as a man, he humbled himself by becoming obedient to death – even death on a cross! {Philippians 2: 3-8}

If so, maybe it’s time to leave the sins that so easily entangle us behind. Let’s leave it all at the foot of that great cross. And, choose every day to be more like Him.

And, just a reminder for all of us who face Monday a little weaker and worn down after a beautiful Easter Sunday…

Just because Easter Sunday has come and gone, the life of Jesus is still overwhelming. The grave is still empty. And, the same power that raised Jesus from the dead lives in each of us as His followers.

Now that is powerful Truth to take with us on this Monday and every day that follows.

That power is for me. And, for you.

At Easter and always.

His death was enough. His resurrection was more than enough. And, yes, He is risen indeed! He is all we need.

Dear Holy Father, We praise you for the great sacrifice on Calvary. Your perfect, yet heart-wrenching plan that offers us redemption through the gift of grace on the cross. Thank you for Jesus. His perfect life. His selfless death. And, yes, that the grave was empty! His resurrection brings hope for all the world. We long to be more like Jesus. Guide our paths and purify our hearts, Lord, so we might spend all of eternity in Your holy presence. Until then, keep us ever near the cross. Not only at Easter, but every single day we draw breath. So we never lose sight of what it means to truly follow the One who gave His life there. In His holy and precious name. Amen. 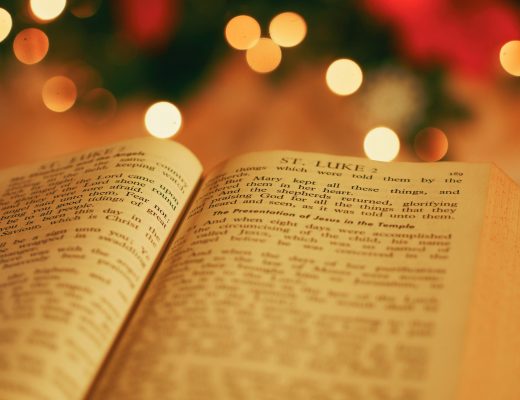 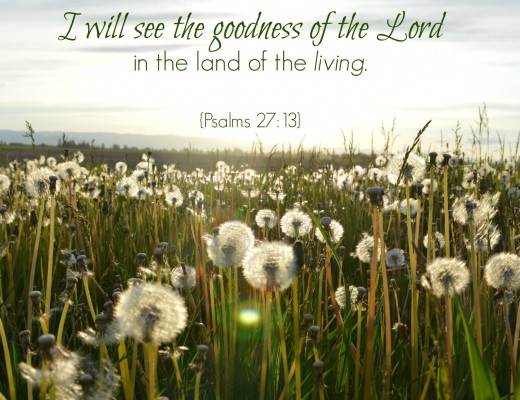 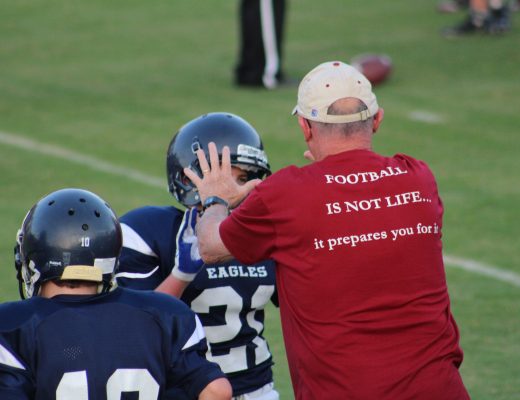 because life’s about more than friday night lights